Caribbean telecommunication company Digicel stated it has reached 10,000 Pay-TV subscribers in Jamaica just a few months after its nationwide launch. It provides the Digicel Play package, which includes IPTV and broadband services through FTTH fiber network.

The company had announced in November 2015 that it would invest USD 100 million in Jamaica to continue expanding its services. Digicel acquired local operator Telstar in September 2014 and has been expanding its digital network through infrastructure projects that were offered until November only in Portmore, Spanish Town and some neighborhoods of Kingston, the capital of that country.

Digicel currently operates Pay-TV and broadband internet in six markets of the Caribbean (Anguilla, Dominica, Jamaica, Montserrat, Nevis and Turks and Caicos), along with telephony in a total of 27 countries in the region. According to what NexTV News Latam could find out, the company plans to begin providing Pay-TV services in Bermuda, Barbados and Trinidad and Tobago. 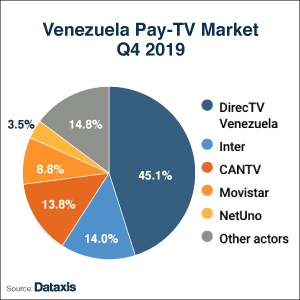